We return to the dry heat of Frank Herbert's Dune, picking up this week with chapter __.  Frank, would chapter numbers have killed ya? 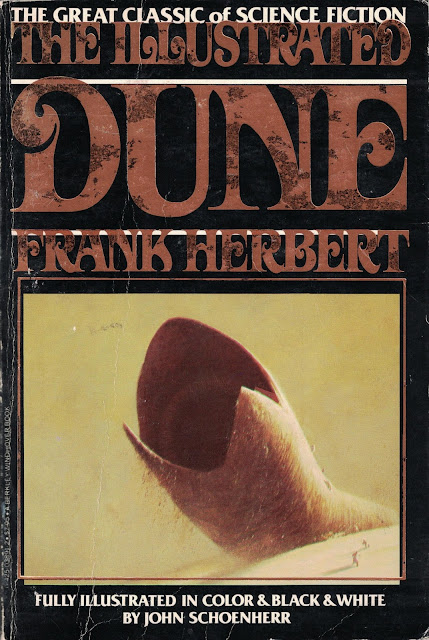 We will continue to mark the chapters by quoting the first sentence (or thereabouts) of the epigraph that mark their beginnings.
For example:
What do you despise?  By this are you truly known?
Hmm.  An interesting thought, but I'm not sure I agree with it.  Things I despise include, but are not limited to, the following:

I could go on at some length.  And I'd imagine that by the end of the list, you'd have a strong working knowledge of who I am.

So hey, you know what?  I think I agree with Muad'Dib on this one.


*****
At the age of fifteen, he had already learned silence.

We came from Caladan -- a paradise world for our form of life.

In this chapter, we find out that Gurney Halleck is still alive and are present for his decision to enlist with Staban Tuek, the son of the murdered smuggler.

Good chapter, but not much in it called out to me as needing my attention as a critical commentator.  I will say, though, that the chapter ends beautifully, with Gurney singing a lay to a dying man.

Family life of the Royal Creche is difficult for many people to understand, but I shall try to give you a capsule view of it.

There is some fascinating stuff inside this chapter's epigraph, which is by Irulan and tells us a bit about life as a Princess.  "We became adept, my mother and sisters and I, at avoiding subtle instruments of death," she writes.  "It may seem a dreadful thing to say, but I'm not at all sure my father was innocent in all these attempts.  A Royal Family is not like other families."

One of the tactics I would full-throatedly endorse in an adaptation of Herbert's novels would be for it to expand the narrative into multiple viewpoints, so that we could and would spend some time with House Corrino (and House Harkonnen, and whoever else merited the attention).  You might be able to glean some useful story from the Herbert/Anderson prequels, although I suspect you'd mostly want to ignore them, if not actively refute them at nine turns out of ten.

Anyways, that's how I feel about it.  Those novels don't belong on the list of the things I despise, but a less harsh list of things I dislike would include at least a few of them.


Sidebar: I just got a vivid memory of being confused by the word "prescience" as a child.  I read it as "pre-science," as in the sense of "pre-calculus."  I took it to mean that Paul's understanding of Arrakis, which would be based in science and in scientific knowledge, was developing, and therefore incomplete and faulty.  It was "pre-science."  No, 1985 Bryant, wrong!  But you were doing the best you could.

This Fremen religious adaptation, then, is the source of what we now recognize as "The Pillars of the Universe," whose Qizara Tafwid are among us all with signs and proofs and prophecy.

Best known as the chapter in which Kynes meets his end in a spice-blow. 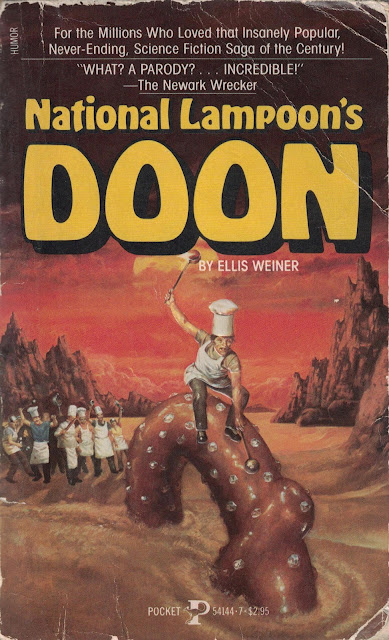 
And on that delightful note, marked not even vaguely by anything I despise, we conclude another week on Arrakis.
by Bryant Burnette at 7:30 PM