Previously on Babylon 5...
Tonight, on an all-new episode: a friend of Garibaldi's comes to the station looking for a fight, and Ivanova has to deal with her father's death. 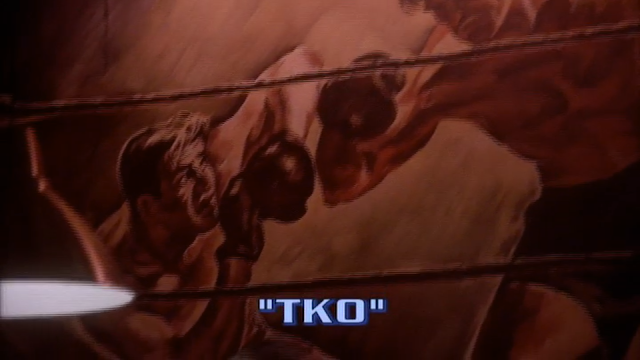 (season 1, episode 14)
airdate:  May 25, 1994
written by:  Lawrence G. DiTillio
directed by:  John C. Flinn, III
Bryant's rating:   1/2 * / *****
Christ, do I have to actually write something?!?
I've got little inclination to talk about this episode, which is (unless I've forgotten something -- and no, I haven't forgotten "Grey 17 Is Missing") the worst hour of the entire series.  I'm grading it a half a star because there are a scattered handful of small moments that I do like.  Otherwise, I'd give it a flat zero stars.
In case you're unfamiliar, here's what happens:
Walker Smith, a friend of Garibaldi's (and a disgraced boxer who was cheated right out of the sport), comes onto the station in the hopes of entering a brutal fighting competition so as to help rehab his reputation.  Also coming on the station -- conveniently, he walks off the same shuttle as Walker -- is Rabbi Yosel Koslov, a friend of the Ivanov family, who has come to deliver a legacy left to Ivanova by her deceased father.  He discovers that she has not sat shiva, and tries to persuade her to do so.
It's not much of an episode, especially the Walker Smith plot.
Nevertheless, I took a few screencaps, so let's have a look and call it a morning. 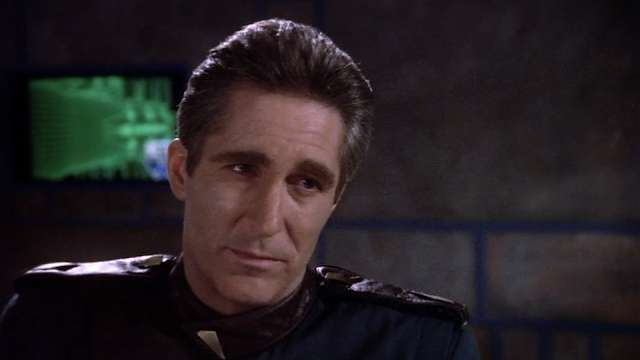 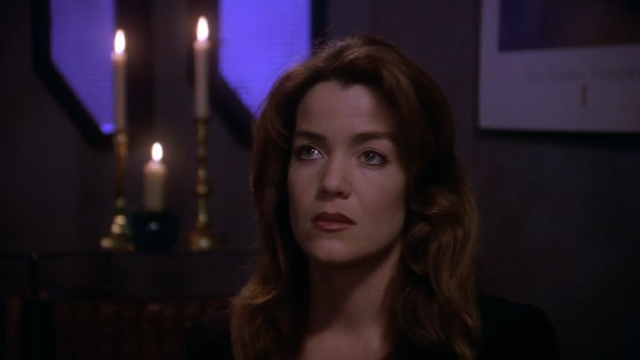