Previously on Babylon 5...
Tonight, on an all-new episode: the mysterious reappearance of the vanished Babylon 4 station prompts Sinclair to lead a rescue mission to evacuate the personnel trapped there. 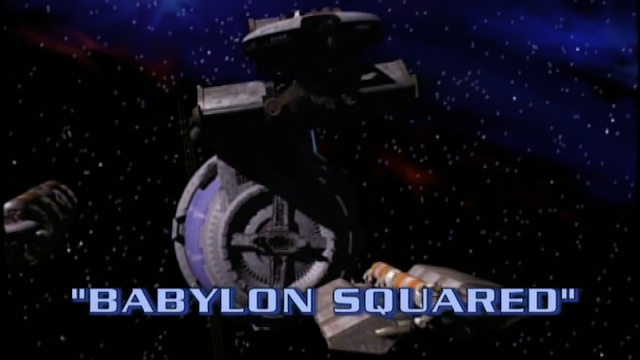 
I've been looking forward to this episode ever since I began this project.  This is not to say it's one of the best episodes of the series, or even that it's a strong personal favorite; it is neither, though it is certainly an important episode and one that I enjoy.  I've been anticipating it, I think, because it is one of the relatively few first season episodes that takes a big step into the show's ongoing storylines.  Most of the episodes take small steps, and a few take medium-sized ones; but as far as big steps go, it's arguably just "Signs and Portents," "Babylon Squared," and the season finale, "Chrysalis."  Your list of these "big steps" episodes might be more expansive than mine and include things like "And the Sky Full of Stars," "A Voice in the Wilderness," and the like; but mine is a bit more restrictive, meaning that this is not only a big episode, it's one of the few season-one episodes that really matters.

As such, it's definitely a personal favorite among first-season episodes.  But does that mean it is inherently better?  I think it does, but not to that large a degree.  It has some of the same problems that have plagued all of season one: iffy performances and problematic production quality.  The tone is good, though, and the writing is continuing its upward trajectory in confidence.

I'd planned to write a good bit about all of that, but as I was doing my screencaps/notetaking rewatch, an unexpected thing happened: I kept falling asleep.


It's unexpected because this is a thing that rarely happens to me during blogging.  It's not been a great weekend around here, though.  I came home on Thursday night (technically Friday morning) and found both of my cats dead.  Both!  Just laying there, their little kitty souls passed beyond the rim to whatever awaits in the feline afterworld.  They were old cats; I took both in as strays, so I cannot say precisely how old, but Duncan Idaho (named for the character in Dune) was eighteen at minimum and Sheridan (named for a Babylon 5 character we have yet to meet) sixteen.  So while it was a surprise to find them both gone, it was not quite a shock.

A big bummer, though.  Let's not dwell on it.  The point is, I gave it a couple of days of being bummed out and then began doing my best to focus on the positives.  There aren't many of those, but among them is this: my apartment had long been organized in such a manner as to provide numerous cat barriers that would prevent my band of furry assholes -- which once numbered as many as six cats and one dog (!!!!!!!) -- from getting under/behind things.  Cats will cough up hairballs from time to time, and so one does what one can to limit the number of places they can do so.

I mention all that so as to divulge that I spent most of Sunday moving furniture around, transferring books from one place to another, dusting, vacuuming, taking down and rehanging posters (or in some cases creating places for new posters to be hung), and so forth.  I don't do that much housework all in a go very often, so when I sat down to work on "Babylon Squared," I found myself a little too tired to focus on it properly.

No turning back, though; this ship sails forward, and if the end result is that "Babylon Squared" receives short shrift, that's just how it is.  I'm not sure I actually have that much to say about the episode anyways; most of what I'd want to say will get said in future posts about the various episodes where its plot is paid off.  I suppose I could discuss some of that here and now, but I don't see any value in it.

You know what I do see value in?  Checking out some screencaps and then calling it a night. 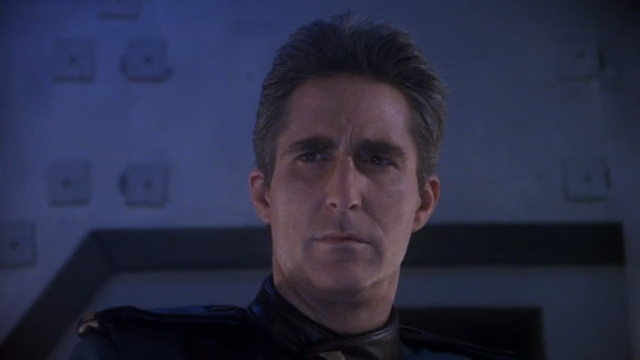 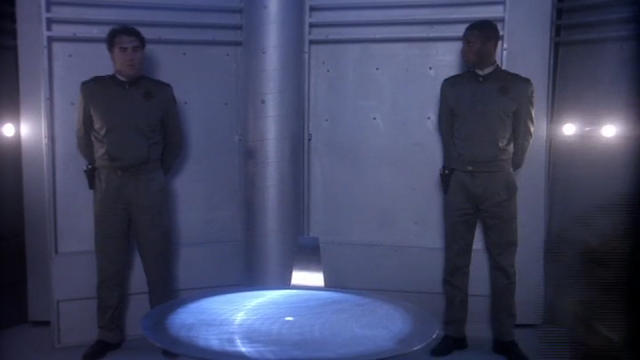 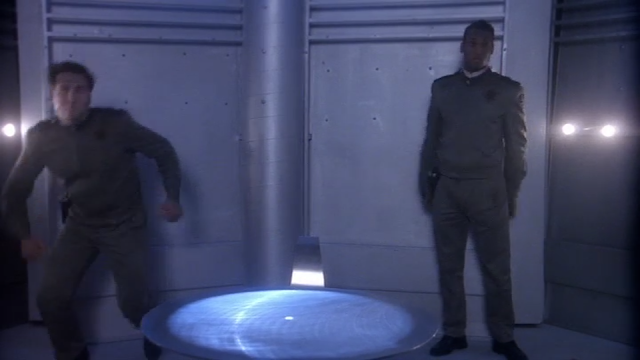 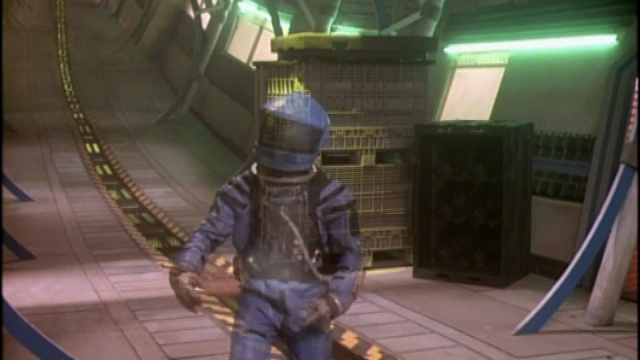 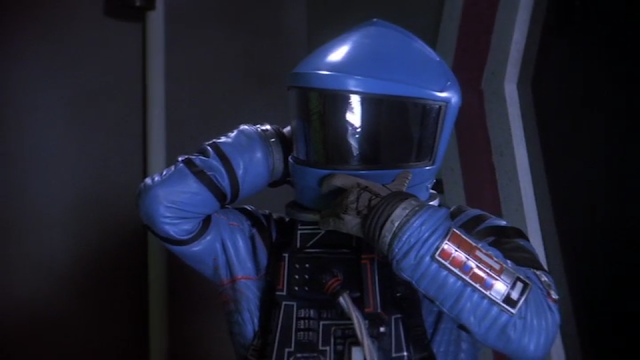 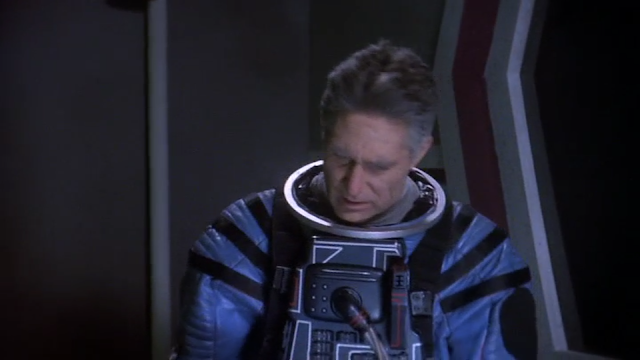 The first time I saw this, it blew my mind, boy.  Blew it right the fuck away.  Still does, too.

Of course, this plot development raises a number of questions about what is actually going on.  Those questions will be answered, in time; this is not the appropriate time to do so, however.

It's pretty good, though.  I will say that; it's pretty damn good.

As for this episode?