Previously on Babylon 5...
Tonight, on an all-new episode: Dr. Franklin investigates a con-woman running a free clinic in Downbelow; Londo introduces Lennier to gambling; and Talia has to mind-scan a serial killer. 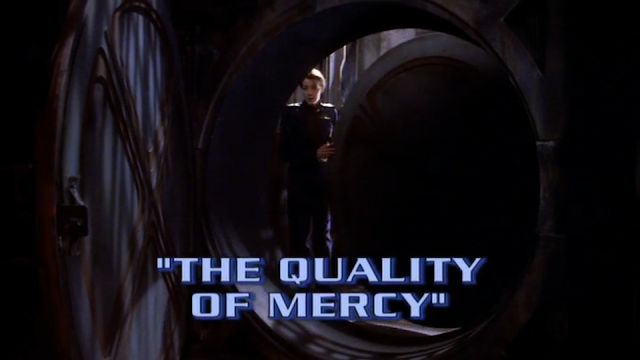 (season 1, episode 21)
airdate:  August 17, 1994
written by:  J. Michael Straczynski
directed by:  Lorraine Senna Ferrara
Depending on how you perceive it, this is either an episode with an A-plot, a B-plot, AND a C-plot, or an episode with three A-plots.  Me?  I tend to think it's the latter.  None of the three feels any more or less important than the others; all three are entertaining though decidedly uninspired.  And all three work on a production level.
This last point is important, I think.  This episode seems unlikely to knock anyone's socks off; if you ever find a Babylon 5 fan who claims this as his or her favorite episode, be sure to give them a Spockian skeptical-eyebrow raise.  Tell 'em it's from me.  And then ask "why?"  That's for me, too, because ... why?
Same goes if you ever find anyone who says this is their least favorite.  Why would it be?  There's arguably a bit of cheesiness in the Londo/Lennier plotline, but beyond that, this is good, solid, stuff.


Let's dig into it a little deeper.  (Not much; there's not that much to dig into.)

I've saved my largest amount of screencaps for the most lightweight and silly of the plotlines by far: Londo taking Lennier out for a look at the seedy underbelly of Babylon 5.  In case you're wondering: no, Bill Mumy does not share any scenes with his former Lost In Space co-star June Lockhart.

The best bits of this plotline are possibly the gambling scenes, in which something happens that I kind of still can't believe made it into an American television series broadcast in syndication in 1994.  I can explain only by showing it to you, so here goes. 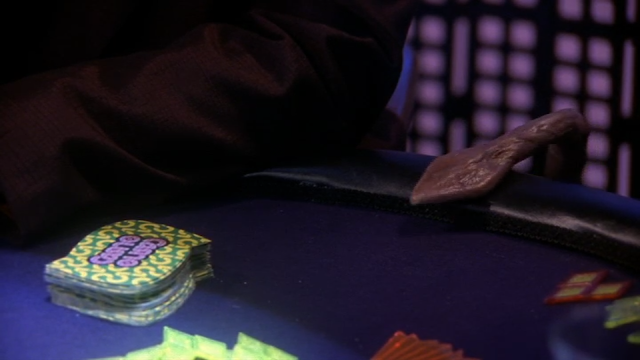 And at this point, one might well have figured out that Londo ain't got no trained animal in his coat: Londo has tentacles in his coat.

And in fact, those aren't tentacles.

Those are dongs.  Yessir, we've just witnessed a Centauri use one of his dicks to cheat at poker, on television in 1994.  Check it out; you can kind of see the veins and whatnot.  Holy moly, y'all.  This happened.  Not only is there Zima in this scene, there is Zima AND visible cock.

You never saw that on Star Trek.  Don't you kind of wish you had?  Not really, but just kind of...? 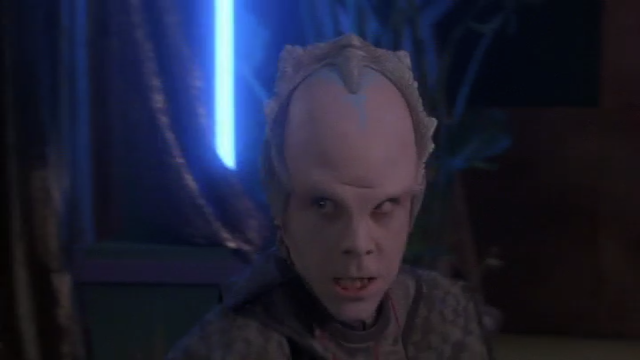 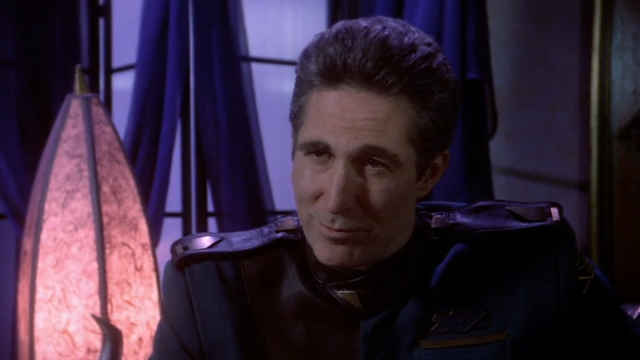 What a weird subplot.

That's right -- I'm saying this is one of the best episodes of the season.  In some ways, I think it may be the best-produced episode of the season; the story lacks the gravitas and import of "Sigs and Portents," "Babylon Squared," and "Chrysalis," but apart from that, I think it is a better-made hour of television than all three.

Speaking of "Chrysalis," that's the season finale, and it's our next episode.  But we're not going to get to it for a while.  Inexplicably, it aired about nine weeks after "The Quality of Mercy," and since my rewatch project is working in tandem with my Deep Space Nine rewatch, I've got to get through the first five episodes of that show's third season before "Chrysalis" rolls around.  And THAT will have to wait for the Mission Log podcast.